The lobster fishing season has finally begun. Since the beginning of May, fishermen have been working tirelessly to bring us these delicious shellfish.

Which region or province provides the best lobster?

Year after year, the debate rages on. One thing is certain, Quebec’s is no match for the Maritimes or Maine.

For your next meals where this crustacean will be in the spotlight, we have put together a little guide about lobster:

Lobster from Gaspésie, traceable from the ocean to the plate

Thus, each lobster caught in Gaspésie is identified with a blue medallion attached around one of its claws.

This medallion contains an alphanumeric code which, once entered on the site monhomard.ca, will allow you to learn more about the people who fished it via a small video that presents the fishermen, their fishing area, the name of the captain of the boat and the fishing method used.

Careful! If the lobster does not wear this rubber band, it is because it was not fished in the waters of Gaspésie.

Before we begin, here are a few tips given to us by Executive Chef Baptiste Peupion during an evening of tasting Gaspesian lobster at the Marché Artisans of the Fairmont The Queen Elizabeth.

How to “put a lobster to sleep” before cooking it?

It sometimes happens that a lobster is too vigorous and moves a little too much, which makes it hasardous to put in boiling water. Or you can also have qualms about cooking it alive. To put it to sleep, just keep it in the refrigerator or even put it in the freezer for a few minutes.

How do you hold a live lobster so you don’t get pinched?

Note that you should hold a live lobster by the back, especially if it has no elastic after its claws. Thus, it will not be able to pinch you with these.

How to prevent a cooked lobster from becoming rubbery?

Once the cooking is done, plunge the lobster in salted cold water to stop the cooking. It also prevents the lobster meat from getting a “rubbery” texture.

How to store a cooked lobster?

Once cooked, lobster can be kept for 3 to 4 days in the refrigerator. It can also be frozen, without shelling it.

Does the size of the lobster change its taste?

The size of the lobster does not have an incidence on the taste. It’s rather the thickness and hardness of its carapace that will change.

How to cook a lobster to perfection

This is personally my favorite way to cook lobster because it keeps its flavors better.

Useful accessories for a lobster meal 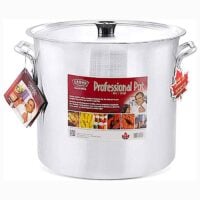 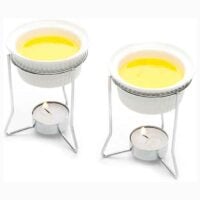 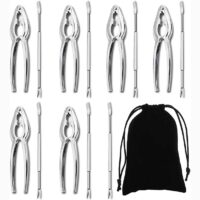 How to cut a lobster in 2 lengthwise

Here is a very practical technique if you want to make grilled lobsters or Thermidor.

Here are the steps:

How to shell a lobster

To shell a lobster, it is also quite simple. I leave you with this video that details the steps. No loss, no damage!

Not fond of lobster coral or don’t know what to do with it? Baptiste Peupion suggests drying it slowly in the oven, at about 250-350 degrees F, until it turns red and with a grainy texture. You can then grind it into powder.

This coral powder will enhance your dishes in no time, it is fine and very aromatic. Sprinkle on your salads, pasta dishes and lobster bisque!

Wine suggestions to accompany your lobster

Here are 4 white wines, recently discovered, that will be excellent with lobster.

1. Coteau Rougemont Le Versant Blanc: this white wine has a nice acidity, with notes of pear and honey as well as a hint of minerality, perfect to accompany lobster(SAQ).

4. Coteau Rougemont La Plage Chardonnay 2017: aged on lees in concrete and stainless steel tanks, this is a fruity wine with a nice roundness. Great with lobster salad or dishes with a touch of citrus(SAQ).